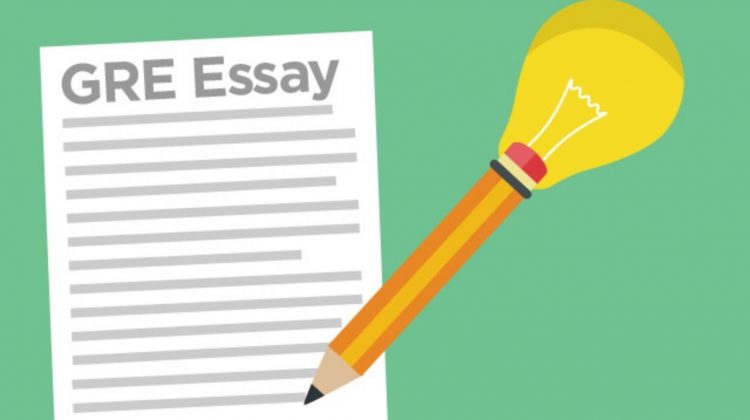 A closer look at how to write either of the essays and prepare for them will help you save time and anxiety on test day.

The GRE essay component is also known as the AWA or GRE Analytical Writing Assessment, and it is one of the most overlooked sections of the GRE test, according to experts. This is because most test-takers feel they can master the part in a few days.

This article will dwell more on providing you with examples of both the argument and the issue essay.

How does the GRE Essay Work?

The GRE Analytical Writing Assessment comprise two components, each of which is given 30 minutes. This section assesses your ability to construct a strong thesis statement that you can back up with sufficient evidence throughout the essay.

What you write here is very important as long as you divide it into a five-paragraph framework which includes; an introduction, three body paragraphs, and a conclusion.

However, focus on the length of your paragraph as lengthy paragraphs won’t earn you more marks.

How do I Write a Good GRE Essay?

To attain a good score on the GRE essay, regardless of which one it is, there are tips you can follow to write what passes as a good GRE essay.

Below are the tips that can help you write a good essay.

What is the Aim of the GRE Essay?

The GRE essay’s structure assesses your ability to develop a strong thesis statement that you must defend over many paragraphs. Hence, expects that you do:

Difference Between the GRE Issue and GRE Argument Task Essays?

Basically, the two essays differ in the way you approach them. While the GRE issue essay requires you to express your ideas on the prompt, the GRE argument essay will require you to authenticate the validity of your argument without letting your opinion come in the way of your tests.

And, as much as these two are opposing the other, remember that they complement each other.

Similarities Between the GRE Issue Essay and Argument Essay

The Analytical Writing part of the GRE is quite comparable despite being different. A critical look at their similarities will help you prepare for each of them separately.

How are the Essays Scored?

There’s a human grader that has been trained to qualify as a grader. Usually, this human is a professor of literature or writing at a university. However, there’s an e-rater that passes as an automatic essay grader.

This technique ensures that it scores the essays you write fairly and without bias. So, it rounds the result off to match the half-point scale by taking the average of the two scores.

As people rely more and more on technology to solve problems, the ability of humans to think for themselves will surely deteriorate.

This essay establishes a clear and intelligent viewpoint on the subject and adheres to the guidelines by providing reasons to support that position. It argues that technology does not reduce our ability to think for ourselves, but gives us “greater time to live more efficiently.”

In fact, the issues that have arisen because of technological advancement (pollution, political upheaval in oil-producing countries) cause more innovative thinking, not less.

In other cases, the essay shows how technology enables the merging of previously unconnected topics (such as health and economic models), forcing individuals to think in new ways. The examples are convincing and well-developed, and the reasoning is reasonable and well-supported.

This essay meets all the requirements for a level four essay. The author establishes a strong position using technology to solve problems will continue to help us realize our potential as a human race.

The argument is then fleshed up with supporting evidence using technology to solve more complicat[ed] problems gives humans a chance to expand their thinking and learning” and “we are seeing a golden age of technology”.

The simple but important idea that technology gives us access to information and abilities that we would not otherwise have supported the first point, Similarly, the basic description of our technologically saturated social condition supports point 2, the “golden age.”

According to a recent survey from our marketing department, fewer individuals saw Super Screen-produced films this year than in any previous year.

Despite this, the percentage of good reviews given to specific Super Screen films by movie critics has risen in the last year.

Clearly, the substance of these evaluations isn’t reaching a large enough audience. As a result, the issue is not with the quality of our films, but with the public’s lack of awareness that high-quality films are accessible.

As a result, Super Screen should devote a larger portion of its resources to reaching out to the public through advertising next year.

The examples in the sample above are convincing and have been carefully thought out, as well as logically aligned.

Within concepts and paragraphs, the transitions are seamless.
The essay follows all basic written English criteria, such as syntax, use, and mechanics, with a complex and varied sentence structure.

Despite the occasional faults, the essay passes all the standards, earning a score of 6, which is the highest GRE score for analytical writing.

The language chosen in this essay reveals both its strengths and shortcomings.
While some of the flowery representations have a strong impact, the descriptions are sometimes clumsily placed, and the similarities are emphasized.

The author has consistently employed complicated vocabulary and phrasing – “Surrounded as we are by striding and strident automatons with cell phones clamped to their ears, PDAs held in their fingers, and omniscient, omnipresent CNN sparkling in their eyeballs, it’s tempting to think…”

Overall, the essay shows genuine concepts with examples and insightful analysis, adopting a comprehensive approach to the subject, getting a score of 5.

You’ve read through the various samples for the issue task essays and argument essays. I hope you’re able to spot the difference and spot the best way to handle the analytical writing section of the GRE test.

Get notified of the best deals on our WordPress themes.